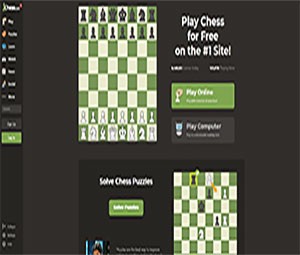 Chess.com is an internet chess server, news website and social networking website. The site has a freemium model in which some features are available for free, and others for accounts with subscriptions. Live online chess can be played against other users at daily, rapid, blitz or bullet time controls, with a number of chess variants available. Chess versus a chess engine, computer analysis, chess puzzles and teaching resources are also offered.

One of the largest chess platforms in the world, Chess.com has hosted online tournaments including Titled Tuesdays, the PRO Chess League, the Speed Chess Championships, PogChamps, and computer vs computer events.