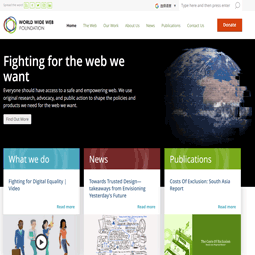 The Web Foundation is focused on increasing global access to the World Wide Web while ensuring the web is a safe and empowering tool that people can use freely and fully to improve their lives. One of its former board members was Gordon Brown, former prime minister of the United Kingdom. 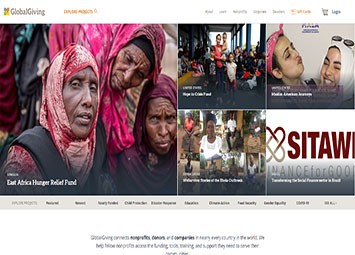 GlobalGiving is non-profit organization based in the United States that provides a global crowdfunding platform for grassroots charitable projects. ...